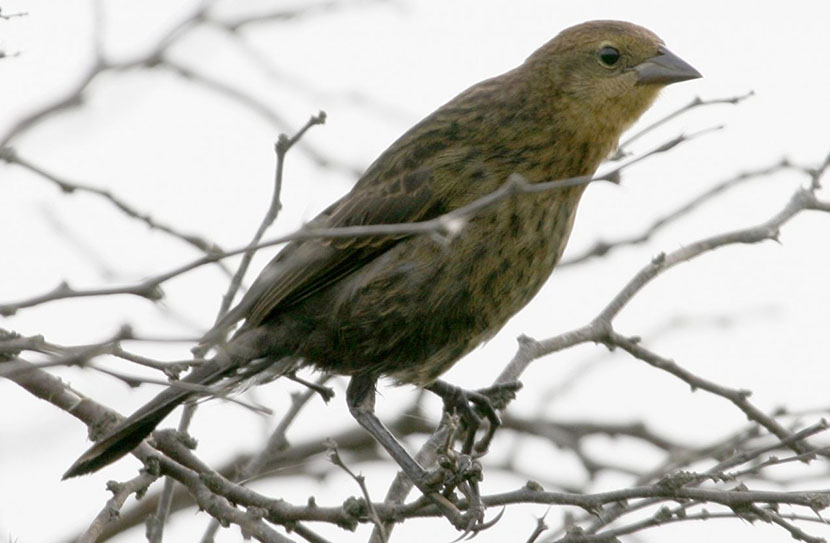 Multi-year study finds nest parasites breed as a matter of principle. Barry Keily reports.Cowbirds are known to lay their eggs in the nest of another species, leaving unknowing step-parents to care for their offspring. (Wikipedia commons)

A seven-year US study into the mating habits of a parasitic bird has confirmed one evolutionary theory and contradicted another.

In a paper published in The Journal of Evolutionary Biology, researchers led by Mark Hauber of the University of Illinois detail the curiously contradictory life of cowbirds (Molothrus ater).

The species, common in parts of North America, is unusual, although by no means unique, in that it is a nest parasite, which means it lays its eggs in the nest of another species, leaving the unwitting step-parents to care for and feed the resulting offspring.

For cowbirds, having young is all about no care, and no responsibility.

Using genetic profiles obtained for about 1500 birds over multiple generations, Haber and colleagues found that parasitic parenting did not mean the cowbirds deviated from the evolutionary driver known as Bateman’s Principle.

Named after English geneticist Angus John Bateman (1919–1996), the theory holds that reproductive success – and reproduction with more than one partner over time – is greater for males than in females.

The researchers took genetic samples from chicks hatched in nest boxes used by the cowbirds’ preferred parental patsy, the prothonotary warbler (Protonotaria citrea), in 15 sites across the Cache River watershed in southern Illinois.

Their results confirmed that many males produced more surviving offspring, and more genetically diverse offspring, than did females.

“That kind of selection just doesn’t happen in the females, which is what we would expect to see if Bateman’s Principle applies.”

The finding was underpinned by a big visual clue, too. In cowbirds, as in many other bird species, the males have strongly coloured plumage and a complex song, while the females are drab and not very talkative.

As well as confirming a well-supported theory, however, the genetic analysis ended up confounding another. With no responsibilities for the care, feeding and protection of young, it was predicted that cowbirds would be a promiscuous lot.

It turned out, however, that this was not the case.

Hauber and colleagues found that about 75% of the adult birds studied were monogamous during any given breeding season.

“These birds are emancipated from the costs needing a mate to take care of the young, and yet they are engaging in monogamy,” he explains.

“It’s the opposite of what you would predict by theory.”