Breaking News
The Anoles lizard stays underwater for 16 minutes through bubbles on its nose
Scientists observed rare owls with bright orange eyes(Otus brookii)
Temperature determines the sex of the lizard embryo
The cornea of the eye is a source of important sensations for bats
02 Feb, 2023
Skip to content 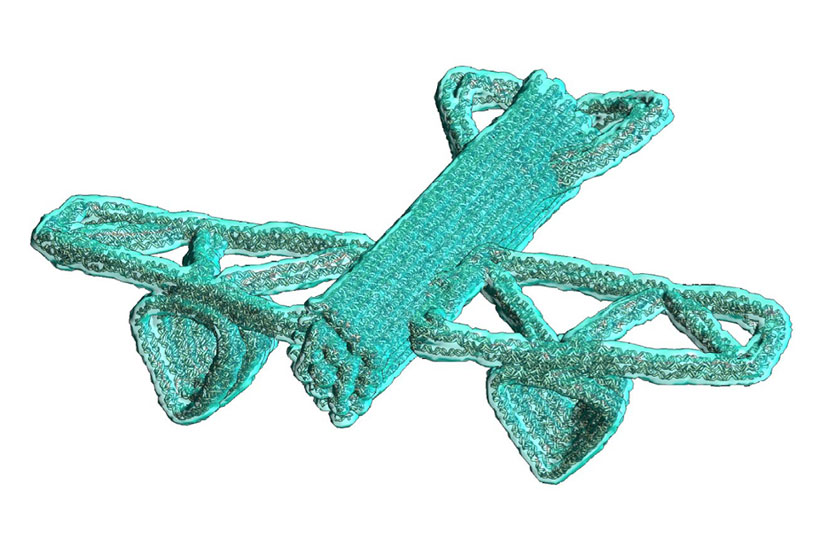 Researchers at Ohio State University have announced the development of new software called MagicDNA. The software is a new development tool that allows scientists to design more complex DNA robots and nano-devices than ever before. The software allows researchers to design ways to combine very small DNA strands into complex structures with components such as rotors and hinges that can be moved to accomplish a variety of tasks.

Devices created with the software can perform tasks such as drug delivery or other tasks. For years, scientists have been using DNA to build structures using slower tools and cumbersome manual steps, the study’s researchers said. Nanotechnology, which previously took several days to design, can now be completed in minutes, the team said.

The software also allows the design of nano-devices that are more complex and useful than before. Previously, researchers built equipment with about six separate components, connected by joints and hinges, to perform complex movements. With the new software, researchers can now create robots or other devices with 20 or more components that are easier to control.

Researchers say the software is a huge step in designing new devices that can perform complex actions. The software allows the entire design process to be completed in 3D. Previous design tools allowed only authoring in 2D, which forced authoring to be mapped to 3D, limiting its complexity.

Scientists can also use the software to build DNA structures in a bottom-up or top-down manner. The bottom-up approach allows designers to take separate DNA strands and decide how to organize them into the structure they want. The top-down approach allows the user to decide how the entire device needs to be geometrically formed and automatically decide how to assemble the DNA strands. The software also allows simulations of how objects designed with it move and operate in the real world.