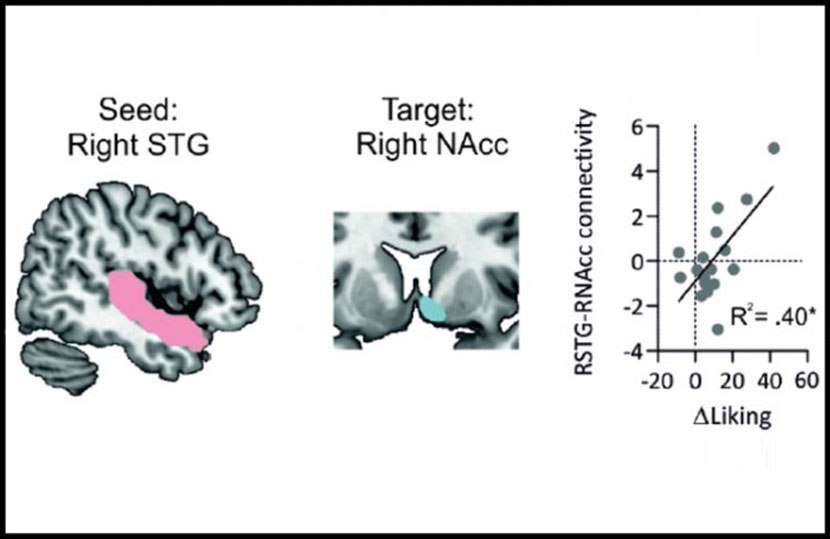 According to a new study published in JNeurosci, communication between the brain’s auditory and reward circuits is what humans find valuable to music. Although there are no obvious biological benefits, humans still like music. Neuroimaging studies have highlighted the similarities between the brain’s reward circuits when dealing with music and other rewards such as food, money, and alcohol.

But neuroimaging research is inherently interrelated. Now, in a new study, researchers are trying to determine the causal effects of this circuit through non-invasive brain stimulation.

In the experiment, the researchers asked a group of pop music lovers to listen to a group of popular songs while monitoring their brain activity using functional magnetic resonance imaging (FMRI). Before the scan, the team indirectly stimulated or inhibited the brain’s reward circuit through cranial magnetic stimulation.

Stimulating the reward loop before listening to music increases the pleasure of listening to music while suppressing it reduces pleasure. These induced changes in pleasure are related to changes in activity in the volt core, a key area of the reward circuit. Participants with the largest differences in happiness also showed the greatest differences in simultaneous activity in the auditory and reward areas.

These results show that when listening to music, the interaction between the auditory and reward areas drives the pleasure that people feel.